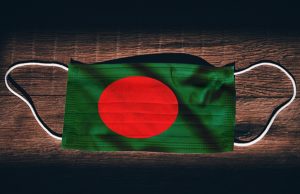 Bangladesh is home to nearly 170 million people. It is no stranger to crises. It also happened to be the fastest expanding economy in South Asia until the Covid19 pandemic struck. To understand the context of the country’s Covid-19 emergency response, one must remember that it is the most densely populated major country in the world. The first Covid19 case in the country was reported on 7 March, and by end-April, Bangladesh had over 8,000 cases. How did the government respond to the situation? By coming up with its own version of social distancing and lockdown.

Bangladesh initially dodged the bullet by strategically avoiding the importation of Covid-19. It had successfully evacuated Bangladeshi citizens from China by late January, and quarantined and reintegrated them. Once the virus went global, it hit Bangladesh too. As soon as the first cases started popping up, Bangladesh opted for a contained shutdown. First, the educational institutions were decisively shut down. Then non-essential businesses and services were closed, while others were asked to expand their online services. Out-migration from cities was managed in a guided way to avoid a migration crisis.

Then came the lockdown through awareness campaign. Bangladesh’s exemplary civil society machinery joined in. The campaign message was clear and succinct—awareness, not panic. In fact, the government has avoided using the word lockdown in any of its reference to avoid creating panic. It has been a rather soft and effective lockdown with an equilibrium deployment of the civil administration, the military and the police. Once the lockdown went into effect, a ‘6 pm to 6 am’ restriction was imposed, especially in dense urban areas. It all happened within a 20-day timespan. Within this time, the usage of masks was successfully promoted across the country. So far, the country has adopted a precautionary ‘watch and extend’ policy, whereby it is extending the lockdown in a piecemeal way (five extensions have been announced since it went into effect).

Initially Bangladesh’s testing capacity was low, and the government decided to directly implement the tests. However, the country soon adopted the WHO prescribed strategy of wide testing. Within a month, the tests were massively expanded. Health authorities went from conducting 1,500 tests in the first month to more than 1,500 tests per day. Currently the testing has edged-up to about 3,500. But although Bangladesh’s death and infection rates are near the global average, the recovery rate is worryingly high.

As soon as the lockdown and the health strategy were put into effect, the socio-economic challenge of people losing livelihoods became visible. Within a week of the lockdown, the government decisively rolled out a stimulus package of US$8.5 billion (3.5 percent of the GDP) and higher than those announced by India or China. The package was catered towards employment retention, especially in the lower income bracket. The first investment was to the export-oriented formal sector wage payments. Then it was sectioned out amongst informal SMEs, domestic industries, agro-sector and social security schemes. The stimulus was prepared in consultation with the country’s major economists and think tanks. As a result, unlike many other policy actions, the stimulus was applauded by almost all quarters. Within two weeks of the announcement, the social protection measures of food aid and cash delivery have reached nearly 28 million people.

Bangladesh’s leadership faced the Covid-19 threat head-on. Prime Minister Sheikh Hasina has first and foremost taken on the role of chief panic-diffuser. She conducts national live-casts with local frontline workers almost every day. She has publicly given directives and has taken charge of hands-on firefighting. When reports of folks with political and administrative influence seemingly mispaginated the distribution of ration aid, she vowed to trace the culprits, stating that she “will spare no one involved in such heinous acts.”

At the start of the virus outbreak, Sheikh Hasina took measures to stabilise the commodity market. In line, the price hikes and market shortfalls have been relatively low. For instance, initially the price of rice was being forecasted to double within a month, however it stabilised at a 30 percent increase. The prime minister has anticipated that there might be a global famine, and that Bangladesh must be vigilant. The good news is that it has a higher rate of cultivable land than all other South Asian countries. Her directive to “leave no land uncultivated” has already gone into effect. One of her administration’s success was delivering food security to the country. Despite that, she realises that the game has changed. As the harvest season nears and with Covid-19 halting the supply of migrant agro-labor, stimulating the agro-sector has become her administration’s top priority. As part of the same measure, her government has specifically intervened to boost up the fishery sector knowing that fishes are the main source of protein in the Bengali land.

In a time when countries are closing, Bangladesh’s leadership has been an advocate of trans-national cooperation in the fight against Covid-19. Bangladesh was among the first to declare a contribution to the joint emergency fund to tackle Covid-19 called for by Indian Prime Minister Narendra Modi. She was on the panel of a vital World Economic Forum strategy meeting on Covid-19, where she discussed her country’s measures and called for collective responsibility.

The economic stimulus rollout, especially the sections targeting for the most vulnerable, was done under Sheikh Hasina’s watch. Her rounded actions in tackling the Covid-19 has already started drawing international headlines, especially among the commentaries on women leaders.

The challenges and the skirmishes

For Bangladesh, the challenges and externalities did not vanish during the pandemic.  The previously reported poverty rate in Bangladesh stood at 24 percent, among the best poverty reduction performances in the last decade. However, the Covid-19-induced slowdown is set to change the trend of poverty slashing. The vulnerabilities in the economy, which previously seemed to be bullish, have popped up during the Covid-19 pandemic. The World Bank has predicted that Bangladesh’s growth performance will be reduced by almost 5 percentage points, even though it may not go into recession like some other regional economies. Economists in Bangladesh have predicted that poverty reduction efforts will be in vain if the Covid-19 situation is not strategically tackled. As global financing dries out, a country like Bangladesh will need financial assistance and low-cost loans from development partners like the World Bank and Asian Development Bank (though they have so far put in some nominal amount in the pipeline).

Bangladesh has drawn international headlines, because of a massive gathering of religious Muslims for the last prayers of a popular cleric, amid the height of the declared shutdown. The mass prayer, which could pose risks to thousands of others, shocked many in the country. Meanwhile, fake news against the government has been hampering the Covid-19 response tasks and creating unnecessary distrust.

The need to save the people and the economy has never been so pressing. Estimates by experts and think tanks say that 15 million people (or 25 percent of the labor force) have lost jobs in just one month and some 40 percent of the people who have graduated out of poverty are at risk of returning below the poverty line. Moreover, with the informal sector making up an overwhelming share of the economy, making sure the stimulus measures reach the right places remains a Herculean challenge. In light of all this, there has been an immense pressure on the authorities to open up the economy, especially by vested export-oriented lobby groups and some sections of the civil society. Meanwhile, the health professionals are expecting a second wave of the Covid-19 outbreak in the country if restrictive measures are not continued.

These challenges have also created opportunities and highlighted a myriad of good practices.  Bangladesh, being the global laboratory of development innovation, has brought various stakeholders together. As one of the leading ready-made garment producers in the world, it has mobilised to make personal protection equipment for its population and for exports. The civil society has come together with its own set of strategies to support the government. The country has implemented a new scheme whereby frontline responders are being provided special insurance and incentives for their dedication. Countries across the world should look into replicating it.

Bangladesh is also set to increase its digital financial services and transfer cash aid to more than three million poor people. The Bangladesh military’s research wing has already started making low-cost ventilators, which would otherwise be imported at much higher price. The government has set-up platform-helplines as go-to resource for Covid-19 related information or support. Bangladesh’s dedicated coronavirus website (with a surprisingly helpful chatbot) and helpline have been instrumental is seeking out help for people. Dozens of corporations and well-to-do folks are chipping in to provide some relief in the short run while the government and development partners work out long-term solutions.

The steep journey ahead

The Covid-19 outbreak has shaken Bangladesh to its core. The challenges ahead are quite steep. The Bangladeshi leadership very quickly understood that it is on its own. It rapidly adopted a cocktail solution that is uniquely Bangladeshi. The prime minster took leadership and did not resort to a blame game or politicisation of the situation. Only time will tell if the actions taken were enough or not. Nobel Laureate economist Abhijeet Banerjee has largely agreed that despite the hiccups, Bangladesh economy can endure the lockdown. The lockdown process in Bangladesh will yield effective returns in the long run. The early signs of emerging out of Covid-19 are promising. The curve does not seem to have peaked too steep. In fact, pinpointing the infection curve is urgently needed to consider opening the country again. The economy will have to be prepped for strategic opening up, similar to the strategic lockdown. Expanding “essential services” and boosting the rural and agro-economy seems to be the first steps for Bangladesh.

Virtual banking – how we embrace it whilst managing the security risks behind?

The Morality of Capitalism and Socialism VS Capitalism

Ashik Ul Haque is an iconic digipreneur, IT analyst, e-business strategist, author, and researcher, paved his way to versatile influencer….

Money has been the cornerstone of everything in this world. Without it, I don’t know how the world and individual…