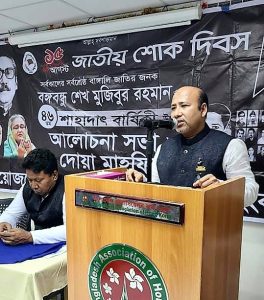 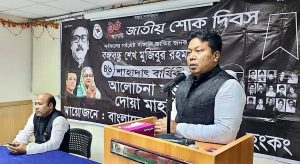 Hong Kong Awami League arranged a discussion program, and dua mahfil end with dinner.  Bangabandhu Sheikh Mujib was assassinated along with all but two of his family members on August 15, 1975, at his Dhanmondi residence in Dhaka by army personnel. His daughters — Sheikh Hasina, now the prime minister, and Sheikh Rehana — survived the massacre as they were abroad at that time. 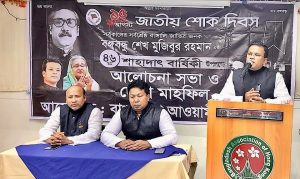 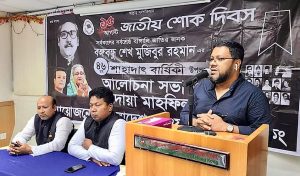 Dr. Fakhrul Islam Babu, Joint General Secretary of Hong Kong Awami League, took part in the discussion program and said- ‘August 15 is regarded as a scandalous chapter in the history of Bengali nation as on this fateful night of 1975, father of the Nation Bangabandhu Sheikh Mujibur Rahman was brutally assassinated along with most of his family members. The Bengali Nation will take it as a good lesson and develop the nation as Bangabandhu’s Daughter doing’. Joint General Secretary Mr. Farhad Islam Robin, Organizing Secretary Sheikh Niaz Hossain, Past President Mr. Masud Kadir, Mr. Akter Hossain, Past President and BAHK President Mr. Tasminul Haq Bipu discussed the glorious life of Bangabandhu. 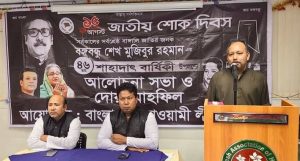 The program ended by offering doa and munajah to seek salvation for the departed souls of Bangabandhu and his family members led by Past BAHK President Mr. Akter Hossain. 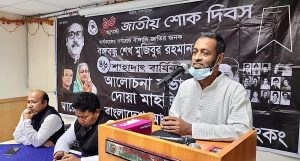 Lastly, all program participants were entertained with refreshments and dinner in a befitting manner, maintaining the health guidelines. 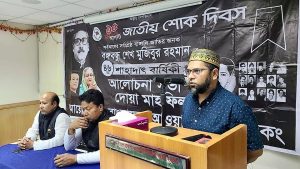 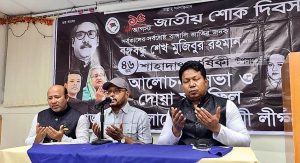 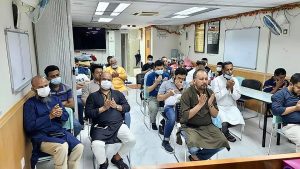 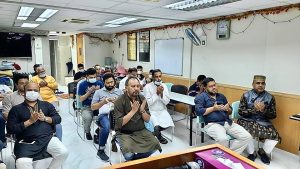 Home-Motherhood & Career: Quarta Ki Is a Powerhouse on the Rise – Taking over in This So-Called Man’s Game of Real Estate