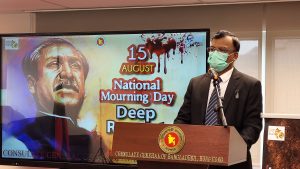 The Consulate General of Bangladesh, Hong Kong, observed the 46th Death Anniversary of the Father of the Nation Bangabandhu Sheikh Mujibur Rahman and the National Mourning Day-2021 at the consulate premise solemnity and fervor. The program started with the ceremonial half-masting of the national flag by the acting Consul General, honorable consul H.E Nazmul Alam in the presence of Embassy officials, local community leaders, and Bangladeshi students by placing a flower bouquet at the portrait of the Father of the Nation. The second part of the program commenced with a recitation from the Holy Quran and Geeta. Thereafter, one minute of silence was observed in honor of the departed souls of the Father of the Nation and all members of his martyred family. 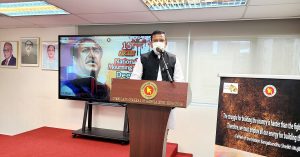 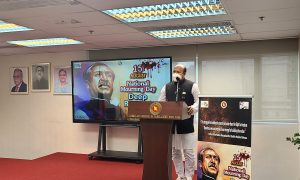 Consul H.E Nazmul Alam wrapped up the program with his concluding speech, urging all to convert this national grief into strength, resolution to work together for the greater future achievements of Bangladesh, duly narrating the contribution of Bangabandhu to the rise of an independent, sovereign Bangladesh. The program ended by offering doa and munajah in seeking salvation for the departed souls of Bangabandhu and his family members. Lastly, all participants of the program were entertained with refreshments.

UK looking at help for young Hongkongers who want to flee

The UK home secretary, Priti Patel, has said she is looking at giving young Hongkongers a new right to come to…