The China-Bangladesh relationship has developed healthily and smoothly over the past 45 years. In the International community, Bangladesh has to have the best of its capacity maintained in unwavering support of the “One China Policy” and China’s peaceful rise.

The Father of the nation, Bangabandhu Sheikh Mujibur Rahman, was associated with China during the rising of his colorful political life.  He traveled to China in 1952 for an international conference. During the visit, he met Mao Zedong and Zhou Enlai, the heroes of the Chinese Revolution. He was impressed by New China.  After the independence of Bangladesh, establishing diplomatic relations with China under the leadership of Bangabandhu began after overcoming many adversities. Sadly, Bangabandhu could not stay alive when formal diplomatic relations were initiated. But, undoubtedly, it is true that it was in his hands that the work of establishing diplomatic relations between Bangladesh and China began.

China and Bangladesh established diplomatic relations in January 1976. The period coincided with the recognition of the PRC as the sole legitimate government of China by most of the world. The period also saw the Chinese begin to embrace market socialism. President Ziaur Rahman, who restored free markets in Bangladesh, visited Beijing and laid the groundwork for the relationship, while numerous Chinese leaders visited Dhaka in the late 1970s. By the mid-1980s, China had forged close military, commercial and cultural ties with Bangladesh and also supplied it with military aid and equipment. The then-president of Bangladesh, Hossain Mohammad Ershad, was warmly received in Beijing in July 1987. A Bangladesh-China friendship bridge was constructed and inaugurated over the river Buriganga connecting Dhaka and Munshiganj by the Chinese as a token of this newly advancing diplomatic and military relationship. On 4 October 2000, the Government of Bangladesh issued a postal stamp marking the 25th anniversary of the establishment of Bangladesh-China diplomatic relations. By this time, China had provided economic assistance totaling US$300 million to Bangladesh, and the bilateral trade had reached a value amounting to a billion dollars. In 2002, the Chinese Premier Wen Jiabao made an official visit to Bangladesh, and both countries declared 2005 as the “Bangladesh-China Friendship Year. 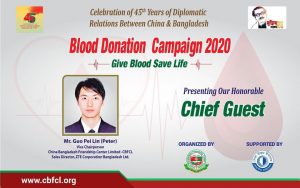 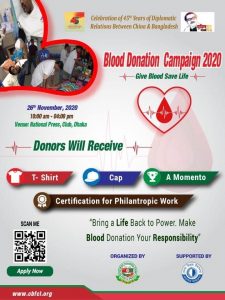 Chinese Ambassador Li Jiming has said, “China will show the highest respect to the greatest Bengali of all times, Father of the Nation Bangabandhu Sheikh Mujibur Rahman, in his birth Centenary this year also corresponds to the celebration of the 45th anniversary of Dhaka-Beijing diplomatic ties. The whole of Bangladesh is celebrating the year “Mujib Borsho”, and the Chinese embassy will also implement initiatives to celebrate this significant event with our Bangladeshi friends to show the Chinese People’s highest consideration and respect towards this great man.”

As his worthy daughter in the continuity of Bangabandhu, Prime Minister Sheikh Hasina has proved her worth as a visionary leader by leading the unprecedented development of Bangladesh by overcoming various obstacles in recent years.  Under the dynamic leadership of the Prime Minister, Bangladesh is ready to move ahead side by side with China as a reliable ally in the days to come. Already, relations between the two countries have reached a unique height.  In recent years, China has established itself as a major development partner of Bangladesh.

Proposed in 2013 by the Chinese President Xi Jinping, ‘The Belt and Road Initiative has become the most popular public goods and platform for international cooperation with the brightest prospects in the world amid protectionism and unilateralism. Bangladesh is a proud member of this magnificent initiative, and it can play a significant role in the advancement of this epic project. On October 14, 2016, Chinese President Xi Jinping arrived in Bangladesh on a historic visit.

During that visit, China announced huge investments in various sectors of Bangladesh. The implementation of those investment projects is now in full swing. Among the ongoing projects are the Padma Multipurpose Bridge Project, Karnafuli Tunnel, Dhaka-Chittagong Highway Four Lane Upgradation, Payra Port Development, Chittagong-Cox’s Bazar Railway Project, Power Grid Network Strengthening Project, Dhaka-Ashulia Elevated Expressway, Dhaka-Sylhet 4 Lane Highway, etc. Mutual cooperation is not limited to the government level but also at the private level. More practically, China-Bangladesh people-to-people and cultural exchanges underwent significant development in 2019 as over 37000 Bangladesh tourists traveled to China and more than 5000 Bangladeshi students are studying in China. It is undeniable that the unprecedented development of Bangladesh’s agriculture and garments sector is due to the support of Chinese technology. 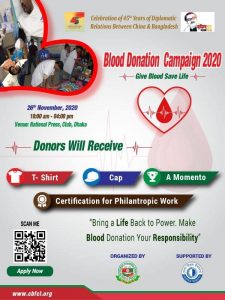 Moreover, a total of 8256 Bangladeshi products are coming under the 97 percent of products that would be exempted from the tariff. Bangladesh describes it as a success of its economic diplomacy. This treatment is in addition to the preferential duties that we are already enjoying from China under Asia-Pacific Trade Agreement (APTA).

China has established itself as Bangladesh’s most trusted ally in the defense sector as well.  With the help of China, Bangladesh is about to become a world-class military power. China’s valuable involvement in water resource development and management has created enormous potential for Bangladesh.

Recently, there have been reports of China’s cooperation in the overall development of the Teesta Basin, which, if implemented, could radically change the socio-economic sectors, including agriculture and industry, in a large area of North Bengal. We hope that similar development projects will be undertaken in cooperation with China on more different rivers like Teesta, such as old Brahmaputra, Madhumati, Gorai, Mahananda, Dharla, Dudhkumar, etc.

Apart from infrastructural development, China is doing commendable work in cultural exchange with Bangladesh.  The Confucius Institute, which originated in China, has been set up in various institutions of higher learning in the country.  Chinese language courses have been introduced in multiple educational institutions, including Dhaka University and North South University, to facilitate Chinese language education for Bangladeshis. Every year a large number of Bangladeshi students go to study in different universities in China under the scholarship. Cultural groups come every year as part of cultural exchange from China.  However, these activities should be allowed to spread outside Dhaka city.  Organizing carnivals, fairs, and exhibitions at the district level can be fruitful in this regard.

China has also established itself as Bangladesh’s only all-weather friend by extending a hand of sympathy and support to Bangladesh at a time like the ongoing Covid-19 pandemic in the world. But China itself became the first and one of the biggest victims of Covid-19. China’s well-regulated resistance to the pandemic is an important part of education for the world. China had earlier announced that if the Covid-19 Vaccine was discovered, Bangladesh would be given the first priority in obtaining it.

In Bangladesh, a Chinese company has been allowed to run the third phase trial of the Sinovac Coronavirus Vaccine. Under the pragmatic initiative by the Bangladesh PM Sheikh Hasina, Bangladesh has sent medical accessories, including masks, gowns, caps, and gloves, to China. The Prime Minister also wrote a letter to the Chinese President Xi Jinping. In return, the Chinese government has sent 10 members of a medical expert team to support Bangladesh’s fight against the Covid-19 pandemic. The medical experts have provided consultations on pandemic control, patients’ treatment, and laboratory tests and guided and trained Bangladeshi medical professionals.

China has also provided Bangladesh with over 3 million surgical and N-95 masks, over 110000 sets of personal protective equipment, and many test kits, thermometers, ventilators, and sanitizers. Moreover, Beijing backed Asian Infrastructure Investment Bank (AIIB) in a statement that said it would lend $100 million to Bangladesh to help the country deal with the Covid-19 pandemic.

Chinese President has outlined the vision of the Chinese dream, which is to achieve the great renewal of the Chinese nation. The steady process of attaining the Chinese dream will not only benefit China, but also the world at large. As President Xi Jinping pointed out, the Chinese dream of national renewal is about the pursuit of happiness by every Chinese citizen, and it has much in common with the dream of the people of Bangladesh, as we are on the way to achieving the goal of becoming a middle-income country by 2021 and a developed country by 2041. We are hopeful that Bangladesh and China, with joint efforts, will be able to establish and maintain practices and policies that will make these dreams come true. 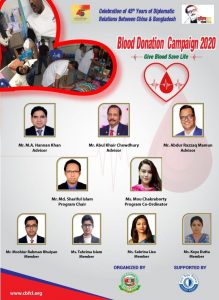 China Bangladesh Friendship Center-CBFC, a registered friendship organization of the two nationals, is going to organize a blood donation campaign on 26th November 2020, Dhaka, to honor this glorious 45th year of the Diplomatic Relationship between China and Bangladesh.  As the Executive Director of the CBFC, Dr. Fakhrul Islam Babu, spoke with this reporter today, Mr. Guo Pei Lin, the senior Vice Chairperson of the CBFC will inaugurate the blood donation campaign schedule at 10 am on next Thursday at National Press Club, Dhaka. About 100 donors will donate blood to this humanitarian project, where blood will be screened, checked, and collected by the Quantum Foundation Bangladesh and distributed to needy poor patients in the future.

A nine members organizing committee will take care of the campaign while CBFC applied DMP for seeking their assistance on the premises on the campaign day in case of need. CBFC members, well-wishers, and many media friends shall attend the program as reported.

We wish you all the best in the program. Long Live China-Bangladesh Friendship.

Home-Motherhood & Career: Quarta Ki Is a Powerhouse on the Rise – Taking over in This So-Called Man’s Game of Real Estate